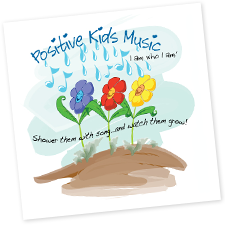 I believe this CD will make a difference in the lives of young children, as they sing along with these positive messages and boost their self-esteem and confidence. But there are many children out there who need much more than Positive Kids Music!

Therefore, 10% of all proceeds from Positive Kids will be donated to charity to prevent and assist victims of child abuse. 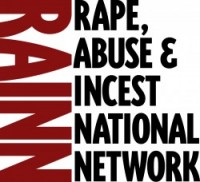 RAINN (Rape, Abuse & Incest National Network) is the nation’s largest anti-sexual violence organization and was named one of “America’s 100 Best Charities” by Worth magazine. RAINN created and operates the National Sexual Assault Hotline (800.656.HOPE and online.rainn.org) in partnership with more than 1,100 local rape crisis centers across the country and operates the DoD Safe Helpline for the Department of Defense. RAINN also carries out programs to prevent sexual violence, help victims and ensure that rapists are brought to justice.

There’s a very personal reason that I specifically want to support a charity that helps victims of child abuse. My wife and I are proud alumni of Penn State University. It is important to us to show that pride by giving back and making a difference in the lives of these precious young victims. That’s why we have chosen to support RAINN – The nation’s largest anti-sexual violence organization.
 
One of “America’s 100 Best Charities” -Worth magazine

“After having so closely identified with all things Penn State over the past 15 years, the recent events have shaken our beliefs – and those of other alumni – to the core. Simply put, Penn State is way bigger than the alleged actions of a few people. To honor the victims, our goal is to raise over $500,000 – one dollar for each of Penn State’s 557,000 alumni. Please join us in showing the world what being a proud supporter of Penn State really means by making a donation in support of preventing and treating victims of sexual abuse and by adding your name to mine below.”   — Jerry & Jaime Needel, Bob Troia and Larena Lettow – Penn State ’98

It’s not too late to make your voice heard. Below are ways that you can continue to support the campaign and help victims of sexual abuse.

Other opportunities are available. Contact us to create and customize an idea, such as:

School/Church Fundraiser – special rate allows you to encourage people to sell CD’s at full price, and your organization keeps the difference.